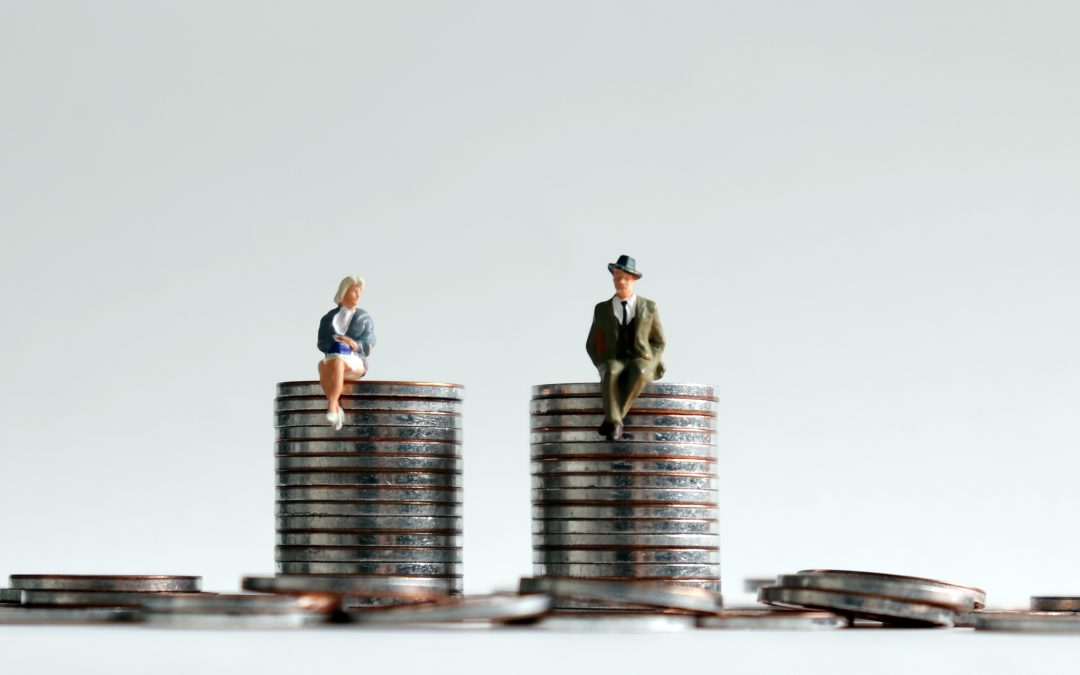 Money: it’s a thorny subject; a sticky wicket. Put simply, it’s not “the done thing” to discuss in polite company. In the UK and Ireland, huge dichotomies exist when it comes to talking about money. We are all seemingly obsessed with house prices, the slightest increase in the monthly cost of Netflix but God forbid ever discussing how much you earn. This behavioural oddity is one that has been benefiting employers – unwittingly or not – for decades. But then gender pay gap reporting was introduced and all our problems were solved! Hurrah!

Take the case of Stacey Macken, a banker, who won a pay discrimination case last month after discovering that her employer, French banking group BNP Paribas, hired a male colleague into a role with the same title and responsibilities but on a base salary of £40,000 more than Macken’s £120,000. Macken’s manager had decided to deem her junior despite having more relevant experience than her male colleague. Furthermore, over the course of a five-year period, that male colleague earned £237,000 in bonuses compared with Macken’s £33,000.

The figures in this story are staggering; firstly, in the shocking enormity of salaries and bonuses earned by all involved, but also in the staggering discrepancy in remuneration between the two colleagues working in the same role.

This particular case of pay discrimination, sadly, isn’t unique. In March this year, the US women’s national soccer team launched legal action against the US Soccer Federation just weeks before playing in the Women’s World Cup in France. Despite winning the Women’s World Cup three times and cementing their place as one of the best women’s football teams in the world, according to the lawsuit filed in Los Angeles, “the female players have been consistently paid less money than their male counterparts. This is true even though their performance has been superior to that of the male players, with the female players, in contrast to male players, becoming world champions.” The men’s team, on the other hand, reached the quarter-finals in the 2002 World Cup and their best result – third place – was achieved in 1930.

Even this week alone, there have been reports of TfL and one of the UK’s top law firms still paying women less than men – in the case of the latter, the gender pay gap had grown.

So it is little wonder that the #MeTooPay campaign was launched this week by a coalition of senior women from sectors such as finance, education, media and big pharma. The story of Macken’s experience spurred the likes of ex-TalkTalk boss Lady Dido Harding and former Royal Mail chief executive Dame Moya Greene into taking action. The campaign’s website currently consists of just one page but the aim is to create what they call “a hub for action … a place to share good and bad policies in action”.

The initiative sounds great; at least the intention does (details remain scant at this stage). But the #MeTooPay campaign in isolation, indeed, women in isolation, won’t fix this problem. If this particular issue is seen as one that women alone should fix – it will never, ever get resolved. How could it? Men still occupy the majority of senior positions in industry after industry – with Alison Cooper’s resignation this week as chief executive of tobacco giant Imperial Brands, the total number of female FTSE 100 CEOs has reduced to just four. While the tally of FTSE 100 female CEOs will reclaim the truly dizzying heights of five with Alison Rose’s assumption of the top job in RBS next month, men still very much hold the keys to the kingdom in terms of leadership and career success.

Once men accept that the gender pay gap still exists – that their attitudes and behaviours in hiring need scrutiny and, at times, revision – we will, hopefully, begin to edge towards equilibrium in our pay packets.